A new Forlet Sires record was released on the 20. April 2019 at Kraftfeld, Winterthur.
The record is released on vinyl, tape and digital. Vinyl will be available in two different version; both are limited and 180 gr. The beautiful cover was drawn by Adam Burke.
Sadly the tapes didn’t arrive till now. 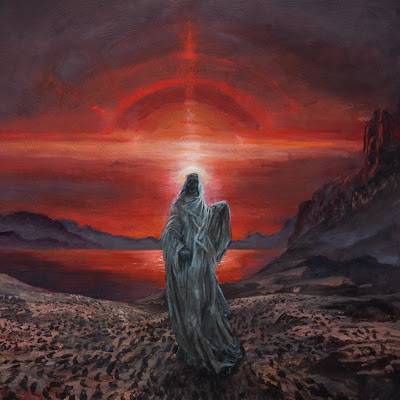 To keep the DIY-spirit alive, the tape version of Holy will come in a selfmade wooden box. Artwork and screenprint were done by Daniele Brumana. The tape is strictly limited to 35 pieces.


Tracklist:
Carnage and Candor
Where Nothing Shall Thrive
Deadskin
We Roam This World Alone

Holy was recorded in summmer 2019 at Gaswerk, Winterthur by Forlet Sires with assistance of Pascal Pendl and George Necola
Mixed by Billy Anderson
Mastered by Justin Weis

Further, Forlet Sires participated in an experimental music session with local bands from and around Winterthur. Members of the bands Verwaltzen, Obacht Obacht, Viaticum (most underrated band in cosmos), Useless and Forlet Sires where mixed into new formations and had one day time to write a song and 2 hours to record it. 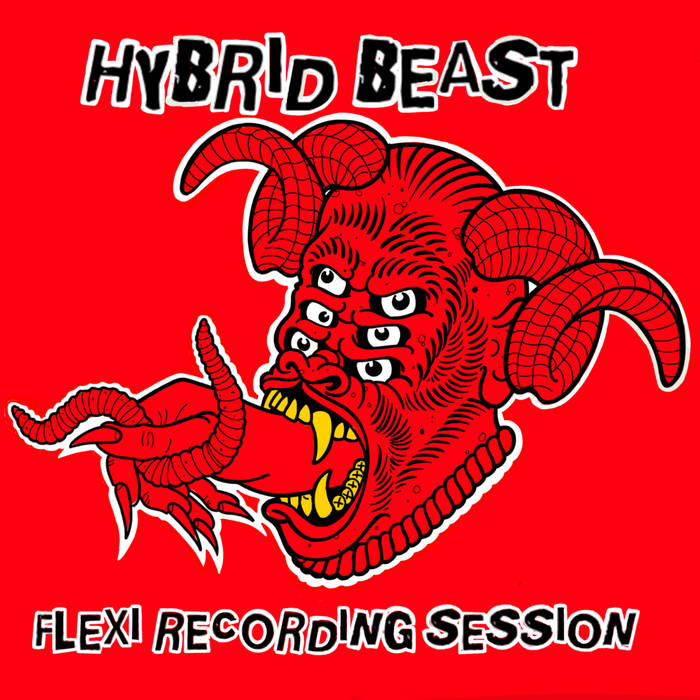 Released on Flexi Disk limited to 150 copies (i think?) through Flexi Disko.
Artwork by Thorsten Polomski!!
Recorded, mixed and mastered at Verwaltzen Production.

Thanks to the people of Noise City Winterthur to organize this beautiful project.

Excerpt of Quiet Live at Gaswerk

To play the shows at Gaswerk and Sanatorium with Swamp Flower Rhyme was a blast.
Hope to play more live gigs in future!

Thanks to all the people involved!

Besides I took stock of all the Howl, Swamp Flower Rhyme and Forlet Sires releases.
Most of them are nearly sold out. So if you want to require some, you better be fast.
Eingestellt von / um 07:57

Swamp Flower Rhyme will play theire next show at Schwarzes Haus in Winterthur.
On the 27.01.2018 we will be playing together with the incredible good Viaticum and
Garden and Time. 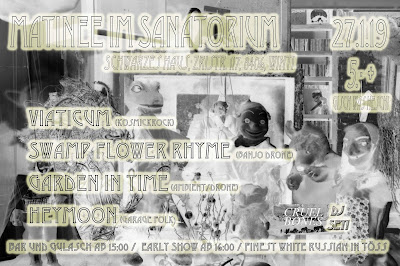 Swamp Flower Rhyme will play a show at Gaswerk in Winterthur.
We will play as support for Feldermelder on the 24 of November. 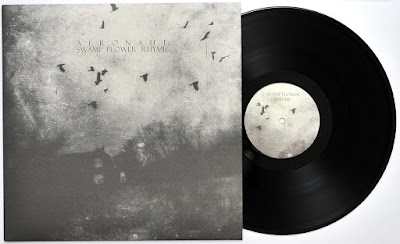 The Aeronaut / Swamp Flower Rhyme split is now available via the Cruel Bones shop and Bandcamp.

The split can also be downloaded for free.
Eingestellt von / um 06:43

The kind staff behind the Archaic Traid took a listen to the upcoming split with Aeronaut.
Check out what they have to say.

It's been quiet a while since the last Swamp Flower Rhyme release. But there is some new stuff coming. Over the last year, we worked on a split with the zürich based artist Aeronaut.

Split will be released as a 12" vinyl on the 14th of july, once more in contribution with the awesome dudes of CRUEL BONES.


Pre-orders can be place here, here and here.